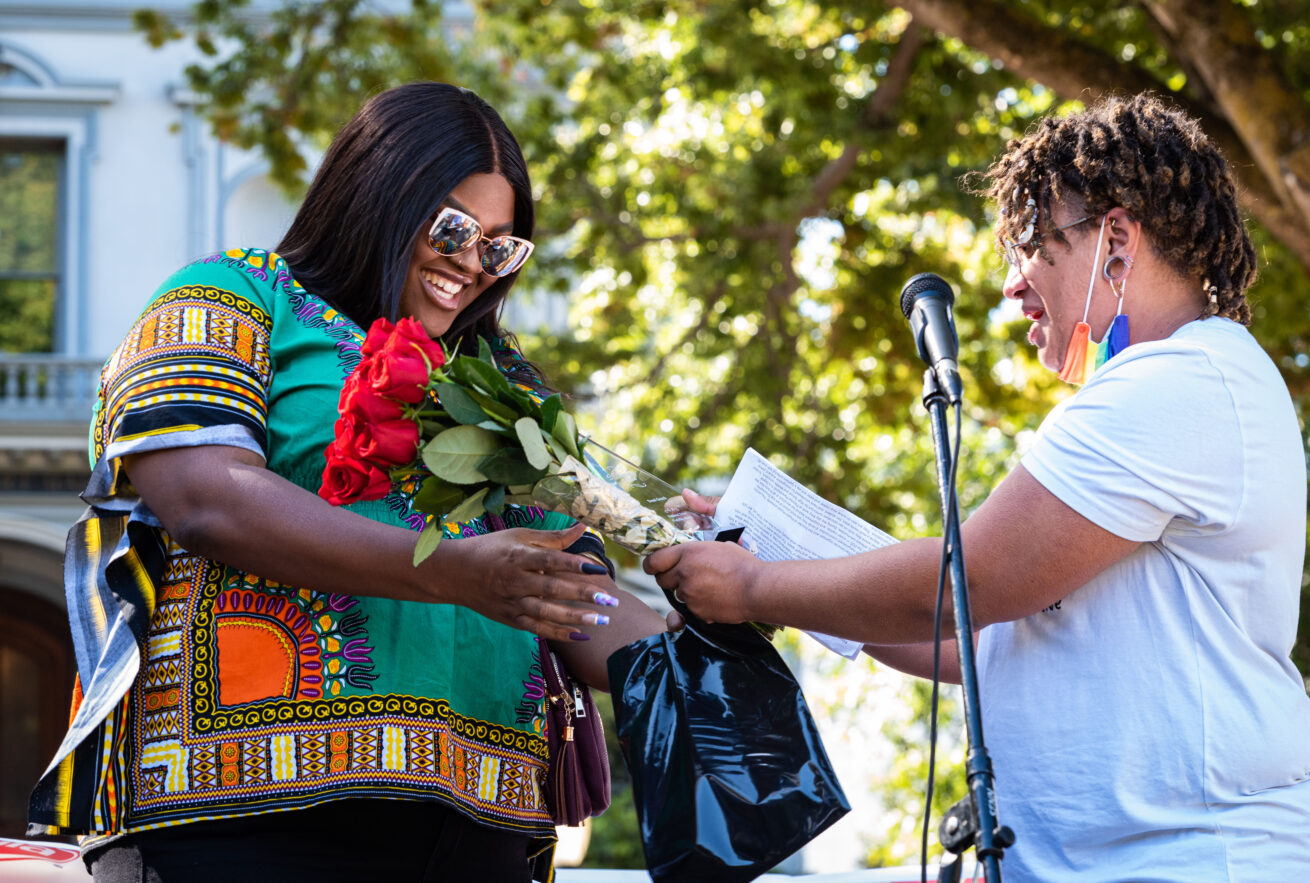 On Saturday, October 9, 2021 Sacramento celebrated National Trans Visibility Day at Crocker Park. The first-ever event included a march around the park and a program with a variety of community leaders, activists and organizers.

For the first time since the March started in 2019, the event was held outside of Washington D.C.  The organization chose Orlando as the primary host city this year, but also added several satellite cities. Those cities included New York, Atlanta, Chicago, and Sacramento.

Organizer Lauren Pulido, Co-Executive Director of Sacramento’s Gender Health Center, said they connected with the national organizers.  “We told them that Sacramento as the capital of California would help spread out the visibility, that it include rural and urban communities and not just the big cities.”

“People don’t know how hard it is to be trans in this world,” Harper said, acknowledging the other black trans women on stage with her. “This is historic… to have four black trans girls on the same stage that have survived so many things that you would never, ever imagine.”

All photos are copyright Chris Allan 2021 and cannot be used without my written permission. Please contact me for usage rights. Thank you for reading my blog post “National Trans Visibility Day.” To learn more about me and my work, please see my About page.

Absolutely delighted that the newest issue of @out

I had fun taking my @lensbabyusa Composer Pro out