I grew up watching and loving figure skating. Being Canadian undoubtedly had something to do with it - we are a nation of cold weather athletic champions!

As an adult photographer now living in California, I saw an opportunity in 2018 to combine my passion for all things sparkly on the ice and my queer journalism. Men's figure skating champion Adam Rippon had just come out, and was preparing to enter the U.S. Nationals in San Jose. It was an Olympic year, so there was more attention than usual paid to the national competitions. Without a solid quad in his repertoire it seemed unlikely he could make the team, but then again, he'd had a fantastic season in his Grand Prix skates.

I pitched a feature on him to Outword, got the green light, and applied for the press credential. San Jose was only a couple of hours away, so when I got the credential from U.S. Figure Skating it was game on.  For that event, I shot only with my 70-200 2.8, plus 1.4x teleconverter at times, and my mid-range 2.8 zoom. The practice arena was much darker and colder than the shark tank, so fortunately, the pictures turned out much better on the main rink. After the shooting, I got in a quick interview with Adam, submitted the story and photos and it turned out to be the cover story for the issue.

Adam ended up medalling with the team event and did some great skating. He also became a household name with his wit and his refusal to visit the White House at the invitation of then V.P. Pence. He's still super fun to follow on Instagram, and has coached Mariah Bell the past few years. Besides Adam, I shot as much as I could at the event and found it was even more fun than just being a spectator.

Four years later, it was time for the OIympics again.  By now, I'd shot the Amgen Tour of California professional road cycling, the River Cats, the Sacramento Kings and the River Cats. Each sporting event had taught me new things, and my skill set (and camera bag) was that much improved.

In 2022, the two biggest queer figure skating stories were the beloved Jason Brown coming out, and the fascinating Timothy LeDuc competing as the first ever non-binary American athlete with his partner Ashley Cain-Gribble.  The nationals were in Nashville (during the season's worst winter storm), so it was even more of an adventure.  I hauled my 200-400 f4 lens across the country with various other gear, but shot primarily with that (for me) monster lens for the competition at Bridgestone Arena.

This time I ended up doing features for both Outword and Outfront on all three athletes.  I interviewed Jason after the competition when he'd earned his Olympic berth, and then I caught up with Timothy and Ashley after they returned from the Beijing Olympics.  They all did some great skating, and are all supremely artistic and dedicated athletes.

As before, my piece in Outword was the cover story, while my full-length feature for Outfront appeared a few months later in their Pride issue.  I also did lots of shooting of some of the other great American skaters, like Karen Chen, Hawayek and Baker and Donahue and Hubbel. I've got over 880 photos in my collection, but have just chosen a number of images of the Olympians for this page.  I've also include my feature articles and cover shots below.

The U.S. Nationals are back in San Jose again for 2023, and I hope to be there for them! 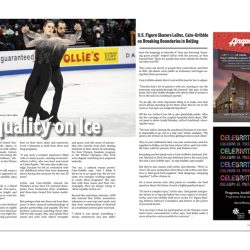 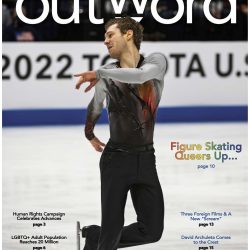 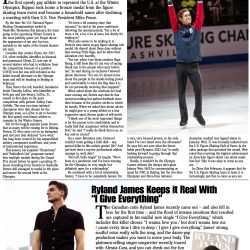 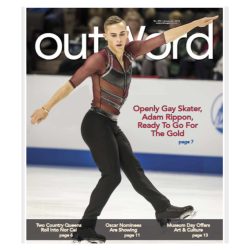 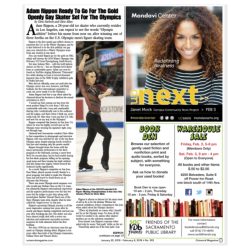 Thank you for checking out my “Figure Skating” gallery.  To learn more about me and my work, please see my About page.

@plitvicelakesnp was lovely, with graceful, elegan

Paros was such a pleasure! Wish we could have mad